Truth and Lies in Ukraine 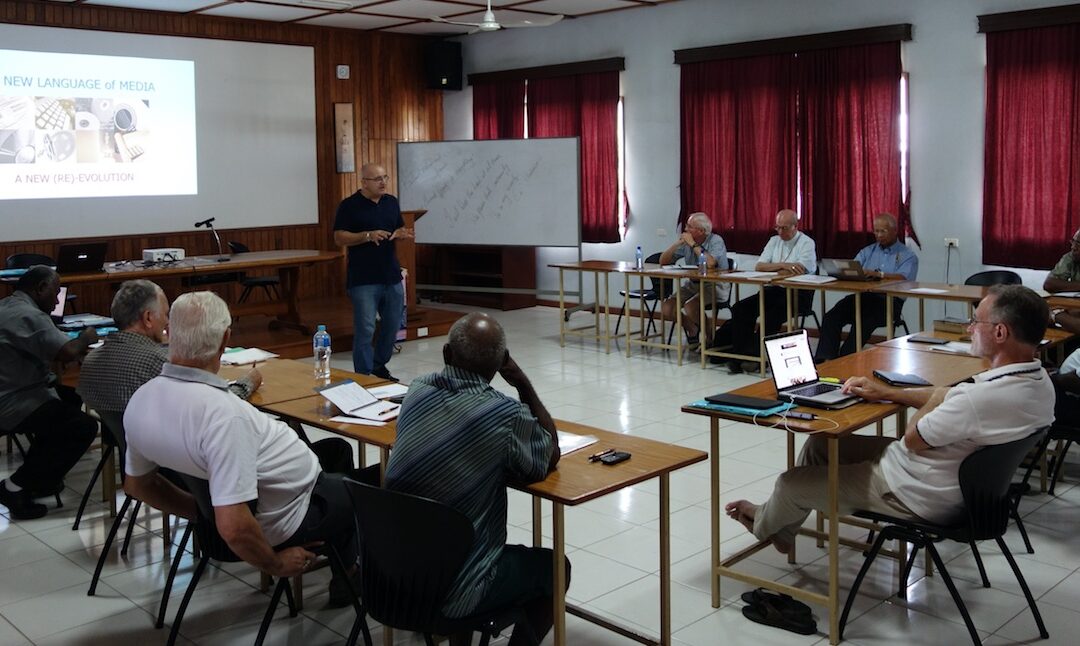 June 15, 2015 – Two years ago, when I told people I was going to Ukraine, hardly anyone knew where it was. Very few knew that it is the second largest country in Europe (as big as Texas) and hardly anyone remembered that, for centuries, it was the cross-roads of east and west.

Now everyone knows about Ukraine. Unfortunately, for the wrong reasons.

Disturbing pictures of armed men and armoured vehicles haunt the pages of the newspapers on my desk…and the Facebook feed on my phone.

Where is the optimism I encountered only two years ago?

Where is the euphoria that followed the Maidan protests of just one year ago?

Now hardly anyone talks about Ukraine looking west and becoming part of Europe.

I said almost everyone.

Not the students at UCU, the Ukrainian Catholic University in Lviv.

That’s where, in the name of CREC and Vatican Radio, I went to offer a series of Master Classes at the invitation of the Journalism and Media Studies Department.

The topic was Truth (yes, with a capital T).

In an atmosphere charged with intellectual curiosity, we challenged lies and demystified propaganda. We distinguished between manipulation and misrepresentation. We decoded exaggeration, provocation and outright deception. We unravelled stereotypes and dismantled archetypes. We scrutinised facts and reinvented fables.

But we also reaffirmed what used to be known as journalist ethics. We re-examined trust, discussed the value of credibility, and redefined what we mean by ideals and identity. By the end we rediscovered that we can never really separate who we are from what we do.

Isn’t that what we mean when we say we are being True to ourselves and our profession?

It’s definitely what these talented and intuitive young people are trying to put into practice. It’s their search for Truth that keeps them optimistic. Despite the headlines (and the deadlines) they believe they can still transform Ukraine into the country it deserves to be.

These young people are neither afraid nor angry. And they are certainly not confused.

If anything they are more motivated now than ever. They are convinced they can use their energy and idealism to create a more authentic kind of communication. They believe that, through a more responsible and equitable use of media, Truth can and will prevail.