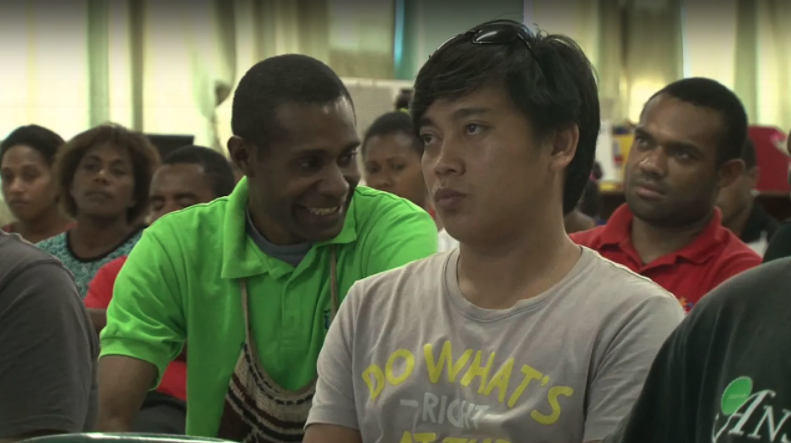 Before you continue reading this article I suggest you check a map of the world, or go to Google, to make sure you really know where Papua New Guinea is.

Yes, that’s it: that green stretch of land and blue chain of islands way over there in Oceania, somewhere above Australia. Don’t be embarrassed if you didn’t know. Most people don’t.

Because Papua New Guinea is the ultimate “periphery” – the term Pope Francis uses to describe the outer limits, the margins, the point furthest from the centre (both geographically and psychologically). The only tour guidebook available for Papua New Guinea describes it as “challenging…like you’re stepping into the great unknown”. And you are.

We left Rome on Friday morning and arrived (four flights later) on Sunday afternoon. Which is nothing if you think of the first missionaries who came here 150 years ago: they travelled by ship and it took them over a year. Some died of scurvy or dysentery or shipwreck along the way. And those who arrived safely were often cut to death on the beach as they stepped ashore. But that didn’t stop more missionaries from taking up the challenge again and venturing into the great unknown. 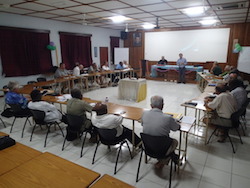 Many of the country’s current bishops are their successors, courageous and practical men, at whose invitation CREC held a workshop for radio professionals in Rabaul. A township on the island of New Britain (look up to the right on your map), Rabaul is most famous for its dangerously active volcano, known locally as Tavurvur (the “water-churner”), which last erupted in 1995 and totally destroyed the town. Earthquakes are also common, which is why most buildings are made of wood and are rarely more than one storey high.

Nearly all of Papua New Guinea’s population (7 million) lives in remote areas, on the islands or in the tropical highland forests – some of which have yet to be explored.  Speaking more languages than any other country on earth (over 800), the people of Papua New Guinea are also the world’s most culturally and ethnically diverse. The majority professes Christianity, but witchcraft and sorcery are still widely practiced. There are few roads or infrastructures and traditional communications systems are often non-existent. Which is why radio is so important: it’s cheap and flexible, and it tells you what you need to know, where and when you need to know it. 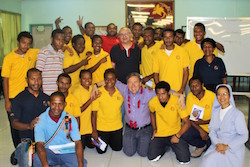 In Papua New Guinea people listen to the radio. It’s what keeps them connected. And the Catholic bishops use radio to keep their scattered and diverse flock both informed and inspired. That’s why they felt that a training session – organized by CREC, Vatican Radio and SIGNIS – was so important. This collaboration brought together the educational skills of CREC, the experience of Vatican Radio and the technical know-how of SIGNIS. A truly holistic-experiential combination.

Once again, creativity became the key that allowed participants (who came from all over Papua New Guinea and the Solomon Islands) to unlock their potential as multimedia professionals and to apply their talents as effective communicators.